The book Route 66 by Michael Mowbray is due to be published on or about the 15th November. In it, Michael describes his visits to the 66 football grounds of Yorkshire last season, which includes no small mention of the Seadogs who appear (as visitors) in chapter one! - big mentions for Boro later on as the author took a blister inducing walk from Scarborough to our home-in-exile at Queensgate, Bridlington. 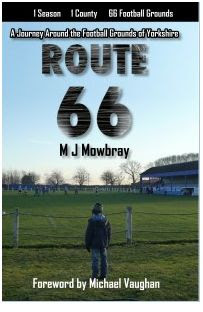 The book is designed to help promote Yorkshire football, and in particular to encourage people to visit their local non-league grounds. They also aim to encourage groundhoppers nationally to visit Yorkshire in order to achieve bronze, silver and gold membership of Club Route 66. A link to the publisher (via http://www.clubroute66.co.uk ) offers the book for £9.99 + p&p. I have pre-ordered a copy, I anticipate a darn good read. Needless to say I hope many other Seadogs will follow suit.
Posted by SeadogBlog at 02:00 No comments:

Make A Noise For Rudy's Boys

Posted by SeadogBlog at 12:21 No comments:

You cannot beat a retro-type-poster to advertise the fact. 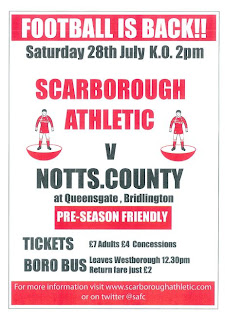 Posted by SeadogBlog at 01:39 No comments: 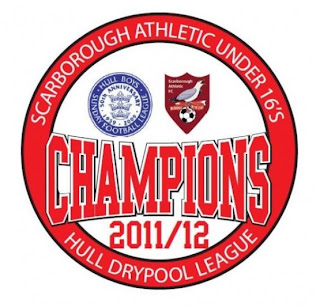 Well done to all concerned with Scarborough Athletic U16's who have been confirmed champions of the Hull Boys Sunday League U16's Drypool Division 2011/12 Season.

The lads also have the chance of a treble as they are involved in the finals of both the Hull Boys Sunday League U16 KO Cup (V Hall Road Rangers U16) & The Scarborough & District FA Senior Minor Cup (V FC Seamer U16).

Seadog Blog wishes the boys all the best in these two games.
Posted by SeadogBlog at 16:49 No comments:

A trip down memory lane

The game was played at the McCain Stadium Scarborough, and the home team were resplendent in their new playing strip sponsored by "Black Death Vodka" complete with the "dripping blood" logo which would later have to be toned down at the behest of the Football League.

The game was played in front of a crowd of just under 2,000 on a balmy summers eve.

The season ahead was to pan out somewhat differently for both clubs, Boro ended the season placed 9th in Football League Division Four whilst the Red Star Belgrade team went on to win the European Cup as well as retaining their National Championship!


Sadly the Civil War that was about to ravage the Balkans interrupted any more success for this side and the Red Star players gradually dispersed to other teams in Europe.

Since these days of course, Scarborough FC lost their Football League status and were eventually liquidated in 2007 (almost 17 years to the day after this match) and the McCain Stadium was demolished in 2011.


Phoenix club Scarborough Athletic have risen from the ashes and play in the Northern Counties East league playing "home" games in Bridlington some 18 miles away.

After the chaotic years of the Balkans War and the break-up of the Former Yugoslavia Red Star Belgrade have settled into life in the new Serbian League and whilst they have had some domestic success they are not quite the European force that they once were.


- Posted using BlogPress from my iPad

They were only formed in 2007 but the Seadogs have issued a fair collection of enamel badges:

Three days later and and a quick revisit to Parkgate, this time in the league and a 1-1 draw

On the road yet again, another league game, this time at Retford United (12th November) and another 1-1 draw.

At home on the night of Tuesday 15th November and an unwelcome home league defeat to Staveley Miners Welfare.

Finally a 2nd Round North Riding Senior Cup tie at home to Guisborough Town on the 22nd November  where a much-changed Boro crashed out of the cup 1-5.

Posted by SeadogBlog at 19:56 No comments:

FA Cup action again, this time at Tadcaster Albion (17th September), sadly it was the end of the Wembley dream (in the FA Cup) as Boro crashed out 0-3

Another route to Wembley opened up on the 24th September as Boro hosted Worsbrough Bridge Athletic in the FA Vase, The homesters cruising to a 5-1 victory

Winterton Rangers were the next to arrive at Queensgate for league action (1st October), Seadogs winning this one 3-2

And another away NCEL victory for Scarborough Athletic, this time at Maltby Main and a 6-0 triumph!

And we round off with another home victory for Boro, this time 2-1 over Hall Road Rangers (29th October). Dean Windass on front cover.

Posted by SeadogBlog at 16:11 No comments:

At half-time on Saturday 29th October during the home fixture against Hall Road Rangers, Scarborough Athletic FC's 2011-12 NCEL Premier campaign will have reached it's quarter-way stage.

Time then to take stock of the Seadogs season thus far.


The two blips came at Brighouse & at home to Long Eaton, otherwise pretty faultless stuff, Boro currently sit 3rd in the table, two points behind the leaders (Bridlington Town) but with two games in hand. Of course games in hand mean nowt unless you get points from them.

It could be argued, by the pessimist, that the majority of the wins have been against teams in the bottom half of the table & the proof of the pudding will lie in getting results against the sides who are also vying for top-spot.

That may be true, but the high standard of play shown recently suggests that the Seadogs are capable of doing just that.

Of our promotion rivals, Staveley MW have had the best start with 20 points from 8 games, the vast majority of which have been at home. Be interesting to see how they fare with an extended run of away games.

So it is fair to say that the Seadogs have made a very good start and have shown the potential to be promotion contenders for the duration of what looks like becoming a very exciting season, The squad is deep and there is always class sat on the bench, and of course Dean Windass has just re-signed with the club (although his appearances will be constrained by his media work commitments).

In the FA Cup, record progress was made as the club reached the 1st Qualification Round before crashing out 3-0 at Tadcaster (whom Boro had beaten in the League just a few weeks prior). Before that progress had been made at the expense of Hallam (Extra-Preliminary Round) & Barton Town OB (Preliminary Round) (after a replay).

Scarborough Athletic are still in the FA Vase after a comfortable win over Worsborough Bridge in the 2nd Qualification Round and Parkgate FC await a Seadog visit in the 1st Round proper (This Saturday, 22nd October).

I will draw a veil over our short-lived participation in the domestic NCEL League Cup, when Boro came a cropper away at NCEL1 Bottesford Town. Clearly not a priority!

- Posted using BlogPress from my iPad
Posted by SeadogBlog at 12:20 No comments:

Here we go with a gallery of recent matchday programmes from various 2011/12 pre-season freindlies. If it aint here then there was no issue.

Away at Eccleshill United on Saturday 9th July

And then away at Frickley Athletic, Tuesday 12th July

To finish off with, a double-header programme that covered two different friendlies, at home to Westella & Willerby FC on Tuesday 26th July and a few days later at home to Ossett Town on Saturday 30th July

Posted by SeadogBlog at 21:42 No comments:

A 4 - 2 win at home to Parkgate last Saturday was enough to lift a particularly irksome monkey off the Seadogs back.

Boro were 1-2 down at half-time and it looked as if normal opening day service was still in operation but a different Boro came out in the 2nd half to really put Parkgate to the sword.

Posted by SeadogBlog at 02:23 No comments:

The start of the NCEL Premier 2011/12 season is upon us and tomorrow (Saturday 6th August) will see Scarborough Athletic FC opening their league campaign at Bridlington with a home game against Sheffield's Parkgate FC.

Parkgate were last seasons runners-up behind champs Farsley AFC so the "first-footers" could scarce be a tougher proposition.

The close season has seen Boro manager Rudy Funk amass a squad of proven NCEL (and above) quality and the Seadogs are making no secret of their hopes and ambitions for the forthcoming months ahead, they are going for promotion, no ifs or buts.

It all promises to be scintillating stuff, Seadog Blog cannot wait. He also hopes that Seadogs far and wide will come to the party and cheer the lads on.

The match poster is below.

- Posted using BlogPress from my iPad

Posted by SeadogBlog at 16:35 No comments: 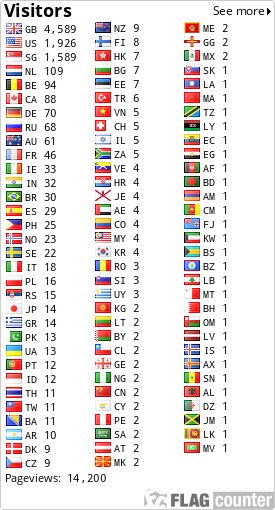